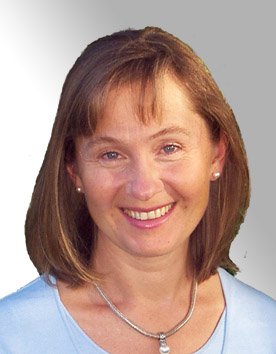 Dr Natasha Campbell-McBride graduated with Honours as a Medical Doctor in 1984 from Bashkir Medical University in Russia. In the following years she gained a Postgraduate MMedSci Degree in Neurology.

After practicing for five years as a Neurologist and three years as a Neurosurgeon she started a family and moved to the UK. Fairly shortly after that her son was diagnosed autistic, which prompted an intensive study into causes and treatments of autism. It was during this time that Dr Campbell-McBride developed her theories on the relationship between neurological disorders and nutrition, and completed a second Postgraduate Degree in Human Nutrition at Sheffield University, UK. She practiced in the UK as a nutritionist and not as a medical doctor.

Dr Campbell-McBride used to run the Cambridge Nutrition Clinic. Having trained thousands of Certified GAPS Practitioners around the world, Dr Natasha has closed her clinic in order to focus on writing and teaching. As a nutritionist she has specialized in using nutritional approach as a treatment, and has become recognized as one of the world’s leading experts in treating children and adults with learning disabilities and other mental disorders, as well as children and adults with digestive and immune disorders.

In 2004 she has published her first book Gut And Psychology Syndrome. Natural Treatment Of Autism, ADHD, Dyslexia, Dyspraxia, Depression And Schizophrenia where she explores the connection between the patient's physical state and brain function. A second edition of this book came out in 2010. The book gives full details of the GAPS Nutritional Protocol, highly successful in treating patients with learning disabilities and other mental problems. Since the publication of this book GAPS has become a global movement.

At the end of 2007 her second book was published: Put Your Heart In Your Mouth! What Really Is Heart Disease And What We Can Do To Prevent And Even Reverse It. Dr Campbell-McBride explained: “GAPS is my life’s work. GAPS Diet includes plentiful supply of natural animal fats and cholesterol rich foods, such as eggs. We live in a world of fat phobia and cholesterol phobia based on a faulty hypothesis. In order to explain what actually causes heart disease and how to deal with it I decided to write a book about it.” This book is an essential read for anyone who is interested in the subject of heart disease, diabetes, hypertension, obesity, Alzheimer’s disease and other manifestations of metabolic syndrome.

In her work Dr Natasha came across many young people who have chosen a plant-based lifestyle and, as a result, became very ill. This prompted an intense study into the value of plant foods versus animal foods. The result of that study is her book Vegetarianism Explained. Making an Informed Decision, published in 2017. Dr Campbell- McBride gives the full scientific description of how animal and plant foods are digested and used by the human body. This book is an essential read for those who are considering a plant- based lifestyle. It is important to understand all the dangers of vegetarianism and veganism for human health, and all the destructive influences of arable agriculture (growing plants) on the planet Earth.

The year 2020 was marked by publishing the second GAPS book Gut And Physiology Syndrome. Natural Treatment For Allergies, Autoimmune Illness, Gut Problems, Arthritis, Fatigue, Hormonal Problems, Neurological Disease And More. This book completes the GAPS concept, focusing on the whole human body. Autoimmune illnesses, hormonal and neurological disease, allergies, asthma, skin problems, chronic infections and chronic inflammation, chronic fatigue syndrome and many other chronic degenerative conditions are discussed in this book. The full spectrum of the GAPS Diet and all other aspects of healing are described in this book. It is an essential read for those who want to truly heal from any degenerative disease.

Dr Natasha is a regenerative farmer. In 2012 her family has purchased some land in East Anglia in the UK, damaged by industrial agriculture. Since then this land has been converted into an organic and biodynamic paradise with many animals, birds, bees, gardens and orchards. Volunteers from all over the world come to Dr Campbell-McBride’s farm to learn about sustainable and regenerative farming.

Dr Campbell-McBride is a keynote speaker at many professional conferences and seminars around the world. She frequently gives talks to health practitioners, patient groups and associations. She is also a Member of The Society of Authors, The British Society for Ecological Medicine, and is a Director on the Advisory Board of The Weston A Price Foundation. She has contributed to many books on nutrition and is a regular contributor to a number of magazines and newsletters.